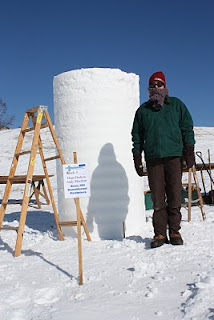 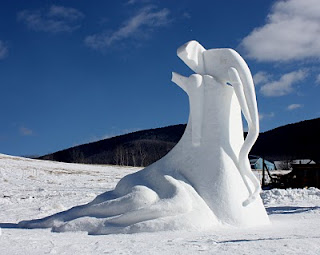 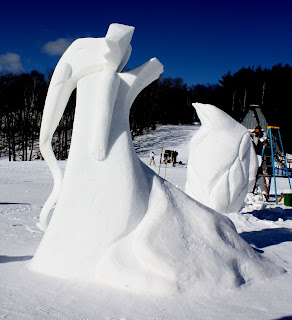 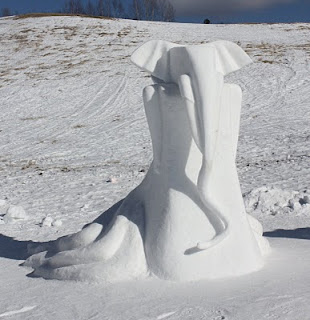 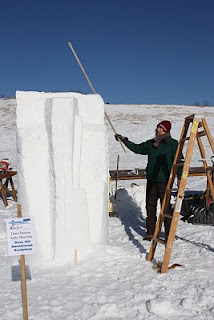 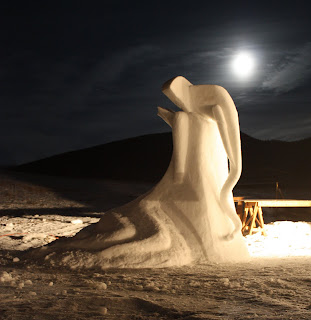 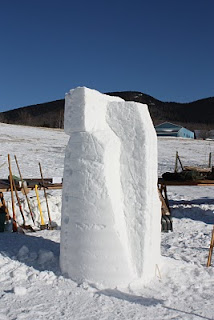 The Celestial Elephant by Donna Dodson and Andy
Moerlein
Black Mountain Ski Resort, Jackson, NH Snow Sculpture 2010
A white elephant is an idiom for a valuable possession of which its owner cannot dispose and whose cost is out of proportion to its usefulness or worth.
To possess a white elephant was regarded as a sign of justice and power, peace and prosperity. The tradition derives from tales which associate a white elephant with the birth of Buddha, as his mother was reputed to have dreamed of a white elephant presenting her with a lotus flower, a symbol of wisdom and purity, on the eve of giving birth.
Because the animals were considered sacred and laws protected them from labor, receiving a gift of a white elephant was both a blessing and a curse: a blessing because the animal was sacred, and a curse because the animal had to be retained and could not be put to much practical use.
In the Pali scriptures it is duly set forth that the form under which Buddha will descend to earth for the last time will be that of a beautiful young white elephant, open-jawed, with a head the color of cochineal, with tusks shining like silver, sparkling with gems, covered with a splendid netting of gold, perfect in organs an limbs, and majestic in appearance.
Posted by Andy Moerlein at 10:29 PM