Once you tell a secret  your fates become entwined

A secret holds the power of who you are only to yourself.

I have secrets  that make me who I am.

The secrets I keep  are deep.

Secrets -  we all have them.

The best types of secrets are the ones that don't have to be secrets at all.

He says he has no secrets,  and I say I have tons.

I believe there are secrets hidden amongst our stars.
They're dying to tell us.
You just have to listen... but to listen you must with an open heart.

A forgotten tale, a murmured doubt, said all alone.

A secret: the weapon, to make all enemies cower –
secrets, the only true power.

I was thrilled to recognized as the 2015
THE JOYCE JOHNSON CHAIR!

At the exceptional Truro Center for the Arts at Castle Hill I taught a week long workshop on installation art and collaboration. Students embarked on a guided sculptural exploration of previously unshared truths using natural and human made media. I introduced the various tools and materials I use and have experience with. The class was composed of a varied and dynamic team of learners, explorers. 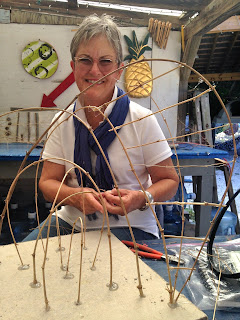 We began with simple hand tools and hot glue. We discussed the concept of secrets and how we might configure a fort or shelter for our unspoken truths.

We did some writing:

Define a secret.
Describe a sanctuary, fort, secret hiding place
Thinking of a personal secret, list words that come to mind.
What objects that are part of that secret?
What verbs relate to your secret? 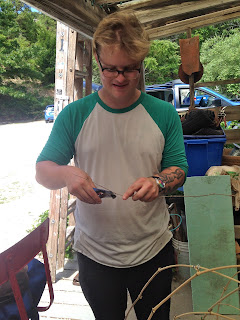 Each of us worked on our own model to become familiar with the methods and what the materials could do. Some of the workshop participants were professional artists. All were well trained creative thinkers. 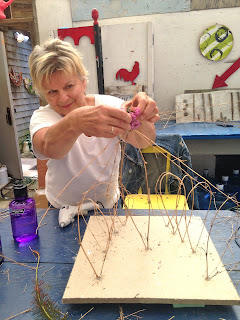 It was exciting to see how idea and imagery was discovered by each person as they made progress with the bamboo and then found other natural materials to add to their compositions.

Spray paint and shrink wrap were some of the media I supplied and encouraged. These made a stark contrast to the organic bamboo and at first some had real struggles combining these disparate media, but the results gradually became more natural, and again each person had a very different application for the same core materials. 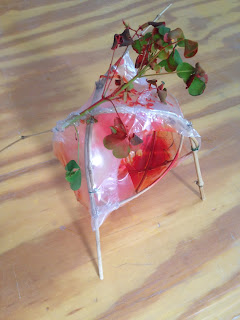 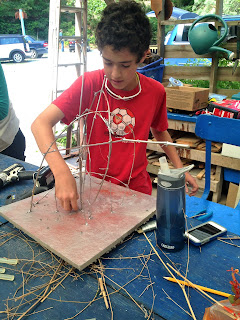 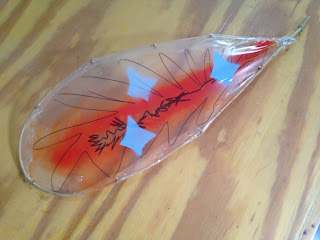 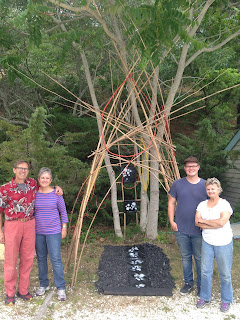 Models led to work outdoors on a monumental scale. Team work seemed immediately necessary in that setting. We began to have larger discussions of what we found best in our models and where on the grounds a group sculpture might be fun. Collaborating proved a natural path that each participant invested in with real grace and gentleness. It was a great class. Each individual had strong ideas, but they also worked hard for understanding and consensus. In the end there was evident success. Each day there was rejoicing when the group had success, and mutual groans when something was not working. 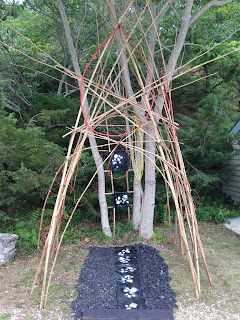 With a reception at the center Thursday night we made a goal of a finished piece by the end of the day.

SUCCESS!! In a final  burst of energy as the day waned, the team made several mutual and spontaneous decisions that really drew the work together and reflected many of the ideas explored up till that moment. 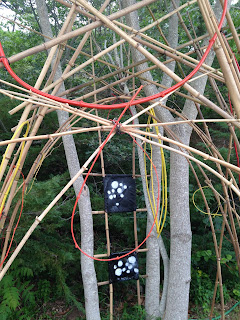 What an adventure! We were all very proud at the reception. 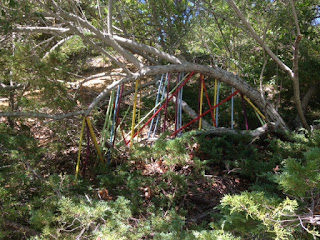 Friday was our final work day. We were very satisfied with our finished work from Thursday and decided to devote our energies to a new concept. Once again the decisions were fast and furious but consensus ruled. Bare bamboo led to the decision to  add color. Our ideas were very different from our first team sculpture. Some of the ideas churned up in the models came out in this last effort. Again, our results were a unanimous success.


All this work will be on display for the rest of the summer at Truro Center for the Arts at Castle Hill. Sign up for summer classes now and be sure to watch for next year's catalog!
Posted by Andy Moerlein at 11:38 AM